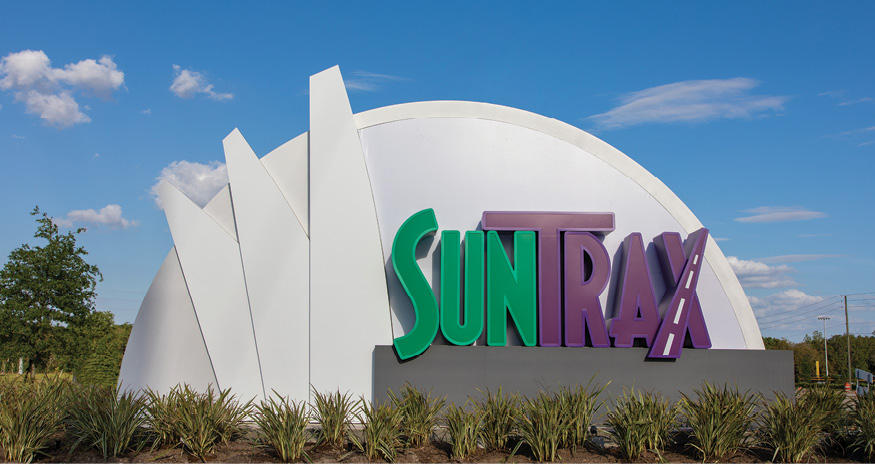 The path toward vehicle autonomy is accelerating. But R&D and testing is the fuel—or charging device—that can significantly advance adoption.

To that end, related state transportation agencies, supported by a county economic development council and an expanding university, have formed a virtuous triangle, sharing ideas, facilities and, over time, personnel, around a major initiative dedicated to “accelerating the future of transportation.”

When completed later this year, SunTrax will represent a $150 million bet on Central Florida emerging as a cutting-edge, economy-energizing site private companies can use for testing and verification of connected and automated vehicle (CAV) technology. Located in Polk County, Florida, SunTrax is being developed by the Florida Department of Transportation and Florida’s Turnpike Enterprise. “I think transportation is going to look very different 10 years from now, 20 years from now,” Nicola Liquori, executive director and CEO of Florida’s Turnpike Enterprise told area PBS station WUCF. As SunTrax material notes, it is designed to “realize emerging transportation technologies in safe and controlled environments.”

The second leg of the triangle is represented by Florida Polytechnic University, a decade-old public school that’s making its mark by focusing only on STEM education, Rahul Razdan, who runs the university’s Advanced Mobility Institute, sees “Poly” as “kind of [SunTrax’] scientific advisor.”

Malott continued his case for Polk County as a congenial home for autonomous development. “In essence, it’s an area where a company can come and be very successful without significant intervention by government. And we’re kind of the midpoint between Tampa and Orlando, so you can get the best of what our market has to offer but you can very easily get to other markets pretty quickly.” He added an additional, if well-known, benefit: the weather allows for year-round testing.

“As a community supporter, our role is to do our best to grow the market of highly skilled, high wage sustainable businesses,” Malott said about CFDC’s interest in the project. “We want SunTrax to be successful, we want Florida Poly to be successful. The desire is to be able to create a test facility that’s open to others to benefit from and drive economic development activity. It’s our role and mission to see that facility be as successful as possible.”

Stretching over 475 acres in Auburndale, Florida, SunTrax’ vision is “to be a continuously evolving, nationally recognized center for the development of innovative transportation solutions.” The facility is dedicated to supporting connected autonomous vehicles as they are “tested, advanced and readied for full-scale public deployment.”

Malott expanded on the project’s genesis. “It began with toll testing technology, and then they thought, ‘Hey, if we’re gonna do this, from a total testing perspective, we should go way beyond that.’”

There’s a 20,000-square-foot Welcome Center and indoor/outdoor event spaces that outside organizations can rent and utilize. Test bays are being set up so that those organizations can have their own private space to be able to test, as well as access to specialized test equipment. Donning his Development Council hat, Malott noted, “If somebody wants to be close by, our goal is to find a location for those businesses.” Central Florida already is fertile territory, home to autonomous small-bus manufacturer Beep, and to Luminar, which produces next-generation safety features at scale. The gigantic Villages retirement community hosts autonomous vehicles on its property.

Nearby, Florida Polytechnic University has become a SunTrax collaborator. Interestingly, Malott worked as part of the early team to open the university, but it falls to Rahul Razdan to explain the collaboration’s evolution.

Razdan is CEO of his personal research institute, which itself is a technology incubator. His academic appointments include a role at “Poly,” located in nearby Lakeland, where he advises the university president. “One of the core things I do is autonomous vehicle research.”

Razdan recalled the genesis of the Suntrax-Poly collaboration. “The president told me, ‘Hey, the [Florida] Department of Transportation is building this test track in this area. Can we do something?’ My conclusion was we could, and we set up the Advanced Mobility Institute. We raised money for it, and the state funded us.” Razdan has studied the economic boost a polytechnic can provide to a community. “As the facility is being built out, we interact with them in terms of use models that might be interesting.” Same with Florida DOT, which, he said, has distributed institute reports to staff and run courses for a large number of staffers.

Joining the conversation, Razdan’s colleague H.D. “Jake” Polumbo reinforced the connectivity between the three autonomous players. Back in Polk County after retiring as an Air Force major general, Polumbo is CEO of his own area consulting company, Two Blue Aces. Another connection: he has served as chair of the CFDC board.

“As we were looking at our strategy on CFDC, I was trying to link that to that important component called Florida Poly, as a big driver for economic impact in the area.”

Polumbo is also a presidential advisor at Florida Polytechnic, with a brief “to connect the university to the industry in ways that makes most sense for the STEM-related curriculum. That leads to industry partnerships, and because of that, we believe it’ll lead to economic development.”

While Polumbo has no institutional affiliation with SunTrax, he’s invited to attent discussions, offering scientific and technical advice on behalf of Poly. He’s even suggested that SunTrax “have a third dimension, such that we can do the testing and instrumentation required for autonomous vehicles in the air over the track in a way that controls the environment and keeps safety in mind.”

Asked about the conference’s big takeaways, Razdan cited how a global automaker like Audi—which had a presenter at the event—seeks consistency across regulatory environments. AAA, which is based in Orlando, cited shortcomings with today’s solutions. “The third thing,” he said, “is that a whole lot more research and testing and validation methods needs to happen.” All of which can offer both SunTrax and Florida Polytechnic opportunities for putting thought leadership to the test.

“Because of the conference,” Razdan said, “we were able to connect SunTrax to various people that might want to use the track. And the global OEMs that attended were all interested.” Razdan emphasized how this reinforces one of SunTrax’ pillars: efficiency. “We’re going to build a digital twin of the SunTrax facility, so somebody can virtually figure out what tests they want to run before having to actually run them. When you get into a physical infrastructure, you don’t want to be wasting time. You can virtually design your tests, such that when you land at the facility, you’re very efficient.”

A “future phase” is already envisioned: an enclosed structure will allow for testing “precisely controlled and repeatable scenarios,” and for sensor testing under adverse conditions such as rainfall simulations, fog and dust.

“You can also test out on the roads, all very close to Florida Polytechnic University and a host of other consortium universities within the area,” Malott added.

According to the SunTrax mission statement, the facility is designed “to advance technology solutions which improve the safety and efficiency of transportation.” As Liquori has said, “it’s not only testing out that technology; it’s a matter of making people comfortable with the technology.”

Malott expanded on that thought. “Everything that’s been done is about having fewer fatalities on our highways—that is at the core of the department’s initiatives over many years,” he explained. “They are at the front of wanting to encourage technology innovation on our highways and our parkways and interstates so that people can move and be safe.”

Once SunTrax opens, component manufacturers will be able to use test bays; OEMs and others will be able to rent facility space and/or use features tailored to their needs. The goal is to offer as much as possible to a company that is looking for a state-of-the-art test and verification environment at “America’s new center for transportation innovation in Florida.”

Already, the facility is attracting interest from the technology community. Malott: “Talking to some of the associated experts, it’s test and verification, it’s component manufacturers, there may be some OEM interest. There’s a real opportunity for small and mid-size companies that currently may not have opportunities to test.

“I would say that we’re still looking to see what the sweet spot will be for SunTrax,” he continued. “But there has not been a shortage of groups who want to be involved. I think they see their success as being as nimble as they can be, to be able to respond to industry needs.”

SunTrax, aided by its collaborators, has numerous opportunities to make an impact, including test and validation, simulations, supporting best-in-class sensor development and working with sectors from connected vehicles to agricultural equipment.

Polumbo provided a closing rationale for SunTrax and its collaborators: “a convergence of academia, of industry and of government as necessary to accelerate the smartest safety measures, the proper policy and the best application of new technology to help the common man.”

This story republished from https://insideunmannedsystems.com/use-case-suntrax-on-track/ 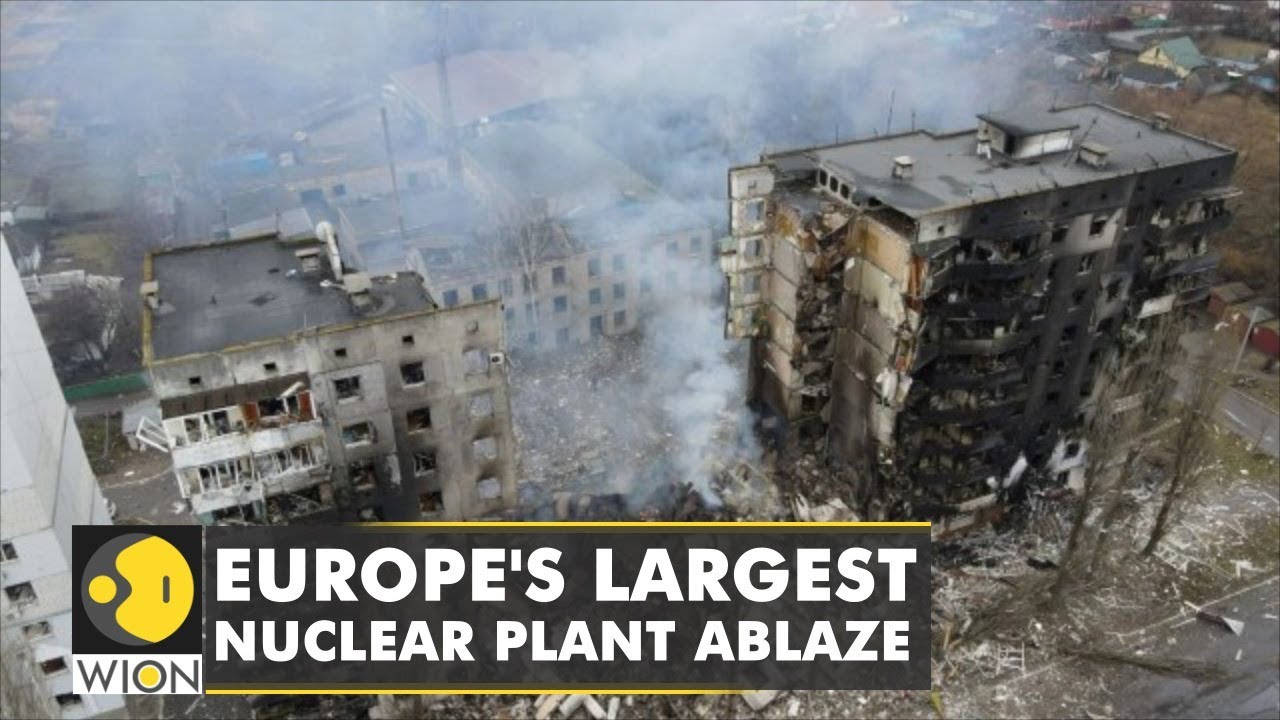 Developments surrounding quarterly results at Delta and what the future holds for the carrier within the aviation industry. In today’s …
Originally published at https://www.youtube.com/watch?v=OcfW9QIWZKM Great news from Drone Logistics Ecosystem, two of our members, the Singaporean aerospace company AirGo Design  and Brazilian drone manufacturer JETWIND BRASIL have signed an agreement to work on the introduction of AirGo’s standardised lightweight/Smart-drone cargo container and delivery system aka DroneBox™/DroneFridge™ and DroneDelivery™ for the South American market. Dr Ali Jahanshahi, DPhil, COO of AirGo Design Pte Ltd and…

Updates surrounding the Boeing 737 MAX, major job cuts at an airport and finally a historic flight that recently took place are all …
Originally published at https://www.youtube.com/watch?v=MeRUAJAEi10

Cambridge Pixel has confirmed that its RadarWatch coastal surveillance solution has been used to upgrade an existing system at a key sea port in the South China Sea. The upgrade was carried out by Tritek Power & Automation Pte Ltd, a provider of turnkey power, automation, retrofit and upgrade solutions, and Tanahair Technologies, a…

(Please Subscribe!) Too much happening to wait to get back to studio– Dan reports from a hotel on the road about the incredible …
Originally published at https://www.youtube.com/watch?v=bmUxNPLQ_ek

Russia claims to have used laser weapons on the battlefield in Ukraine, although the US says it has seen no evidence of this and Ukraine has derided it as propaganda. Yury Borisov, the deputy prime minister in charge of military development, told Russian TV that a laser prototype called Zadira was being deployed in Ukraine…