Schrader, the only veterinarian in Congress, speaks with credibility on animal welfare

We urge Democrats in the 5th Congressional District to cast their ballots for Kurt.”

BEND, OREGON, USA, April 21, 2022 /EINPresswire.com/ — Animal Wellness Action, one of the nation’s leading public policy organizations devoted to animal welfare, announced in its endorsement of five-term Congressman Kurt Schrader in the Democrat primary for the newly drawn 5th Congressional District in Oregon set to conclude in the second half of May.

“Kurt Schrader has worked to strengthen our national anti-cruelty and anti-dogfighting and cockfighting laws, and now he’s working on reducing needless animal testing and fighting abusive ‘soring’ practices in the Tennessee Walking horse industry,” said Scott Beckstead, a long-time animal advocate and director of campaigns with the Animal Wellness Action. “We urge Democrats in the 5th Congressional District to cast their ballots for Kurt.” Mr. Beckstead, an attorney, is the former mayor of Waldport, Oregon.

Congressman Schrader, the only veterinarian in Congress, has played an instrumental role in helping pass a number of major animal welfare reforms into law:

Animal fighting. Kurt was in the forefront of efforts to ban cockfighting and dogfighting throughout all of the U.S., including in the U.S. territories. He has supported a series of upgrades to the federal law against cockfighting and dogfighting, making it a crime to attend an animal fighting event or to bring a minor to one of these spectacles of cruelty (2014) and banning animal fighting in all parts of the U.S. (2018) (Roll Call #202). Those laws now require enforcement, and to that end, Kurt has cosponsored the Animal Cruelty Enforcement Act to create an Animal Cruelty Crimes section at the Department of Justice to root out animal fighting and other federal crimes against animals.

National anti-cruelty law. A veterinarian by profession before being elected to represent a larger portion of the Willamette Valley, Kurt was a stalwart supporter of the Preventing Animal Cruelty and Torture (PACT) Act, which establishes a national anti-cruelty law for the first time in our republic’s history.

Schrader is also poised in this Congress to help get at least two more measures over the finish line.

The FDA Modernization Act would eliminate a Depression-era requirement for animal testing in the Federal Food, Drug and Cosmetics Act (21 USC § 355). Broader use of human biology-based test methods would better predict how humans will respond to drugs in clinical trials, while testing data show that the use of animals is not predictive of the human response to drugs, with 90 to 95 percent of drugs and vaccines found safe in animal tests failing during human clinical trials. The cost for developing a single new drug may be from $1-$6 billion, while the average timeline of development of a potential drug and vaccine from the lab to market is 10-15 years. Still most diseases have no treatment available, and adverse drug reactions are the fourth highest cause of death in the U.S. Watch Rep. Schrader at the FDA Modernization Act of 2021:

Banning shark finning. This bill expands upon the Shark Finning Prohibition Act of 2000 and the Shark Conservation Act of 2010. While those laws banned shark finning and the transportation of fins on U.S. vessels, this bill would strengthen current law by prohibiting the trade of shark fins. Shark populations are in crisis because of the demand for fins. The measure passed the House with 310 votes in 2019 and cleared the Senate Commerce Committee (Roll Call #634). It has been included as an amendment to a larger economic development bill (America COMPETES and USICA) and stands a strong chance of being enacted.

Horse soring: Schrader has also been the long-time leader to ban the barbaric practice of horse soring, which involves injuring the front feet and legs of Tennessee Walking horses to cause them so much pain when they put their feet down that they have an exaggerated high-stepping gait. It’s the equivalent of walking on hot coals. His original legislation, the Prevent All Soring Tactics Act that passed the House in the previous Congress (Roll Call #510) bans the use of action devices and stacked shoes on horses in competition, seeks to eliminate a failed industry self-regulation program, and establishes felony-level penalties for violators. That legislation has been blocked by several Senators from the South, and Kurt fashioned a compromise to bring relief to horses. He’s working on getting that legislation done and over the finish line.

“Animal cruelty is a problem that requires legislative solutions,” said Jessi Princiotto, a voter and animal welfare advocate from Bend. “That’s why I am proud to vote for Kurt Schrader who will help us fight for laws to shield animals from malicious abuse.”

“I am so pleased that Congressman Schrader is working hard to reduce needless animal testing by helping lead the FDA Modernization Act,” offered Zoe Janachek from Silverton in the new 5th Congressional District. “I’m casting my ballot for him because of his work on mainstream animal welfare issues.”

Animal Wellness Action (AWA) is a Washington, D.C.-based 501(c)(4) organization with a mission of helping animals by promoting legal standards forbidding cruelty. We champion causes that alleviate the suffering of companion animals, farm animals, and wildlife. We advocate for policies to stop dogfighting and cockfighting and other forms of malicious cruelty and to confront factory farming and other systemic forms of animal exploitation. To prevent cruelty, we promote enacting good public policies, and we work to enforce those policies. To enact good laws, we must elect good lawmakers, and that’s why we remind voters which candidates care about our issues and which ones don’t. We believe helping animals helps us all.

This story republished from https://www.einpresswire.com/article/569465237/animal-wellness-action-endorses-kurt-schrader-in-oregon-primary-election-concluding-may-18th

Allied Modular has announced an ambitious website content update. As part of this update, the company is announcing new information pages on key topics. Companies are putting out the word that their employees need to come back to the office.” — Kevin Peithman ORANGE, CALIFORNIA, UNITED STATES, July 26, 2022 /EINPresswire.com/ — Allied Modular Building…

What are the #Israeli agricultural technologies of the future? The latest innovations include drones that can harvest crops & heard cows hands-free, vertically grown tomatoes & cucumbers, and an internet for bees.
#Sustainability
Originally … 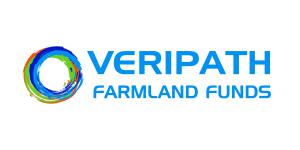